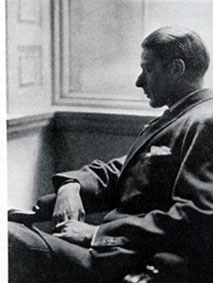 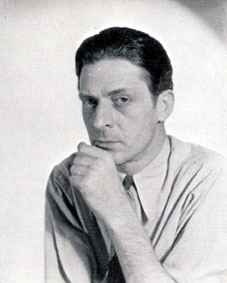 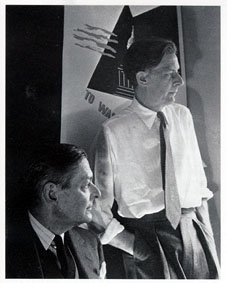 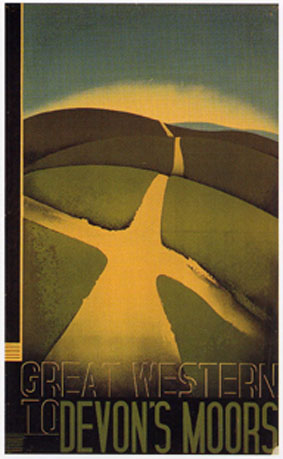 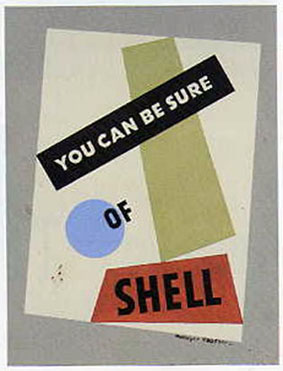 Born in Montana, USA. He studied in San Francisco

and Paris. Kauffer came to London in 1914 and in

1915 he was commissioned by Frank Pick at

London Transport. From this time he was an

illustrations, carpets and textiles. He and his wife

a dynamic and glamorous couple.

Kauffer returned to America in 1940.

Many retrospective exhibitions of his work have

been held, including those at the Museum of

Modern Art, New York and at the Victoria & Albert

Kauffer's connections to the artistic avant-garde in France

language of advertsing during the 1930s. He ranks as one of the most

significant designers of the 20c - in Britain or anywhere in the world. 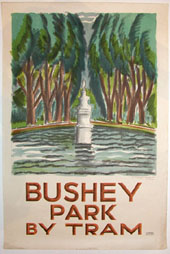 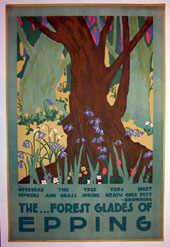 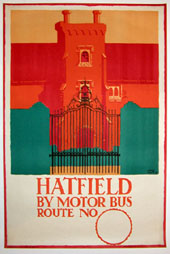 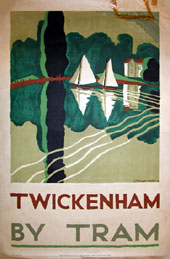 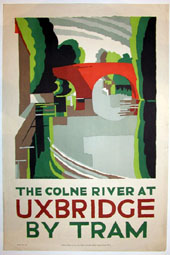 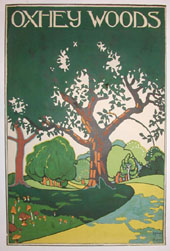 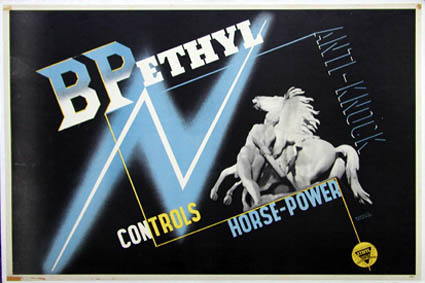 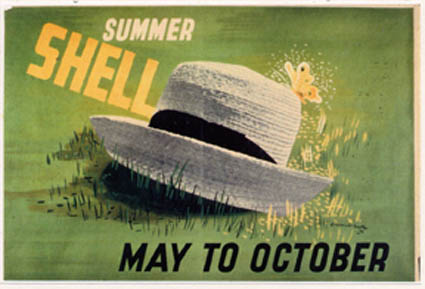 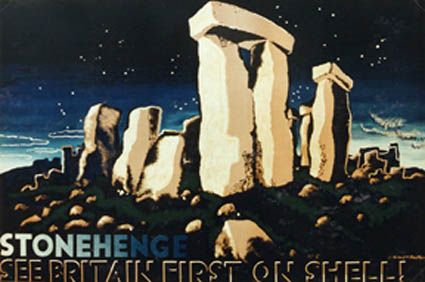 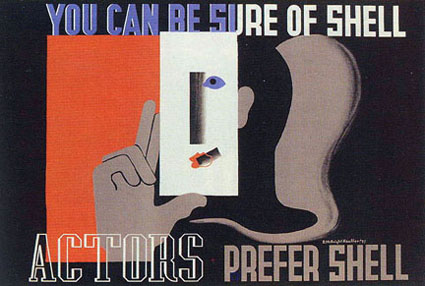 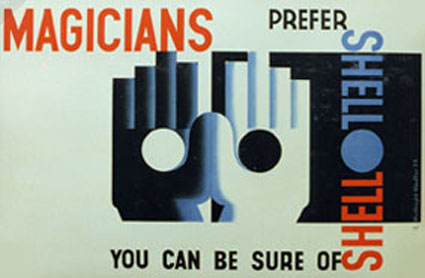 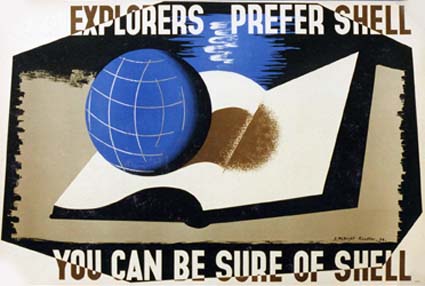 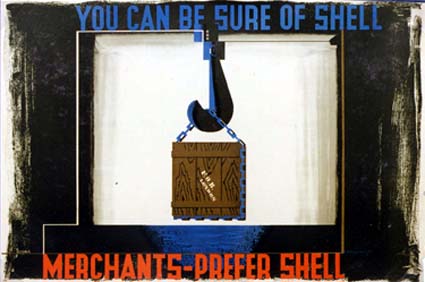 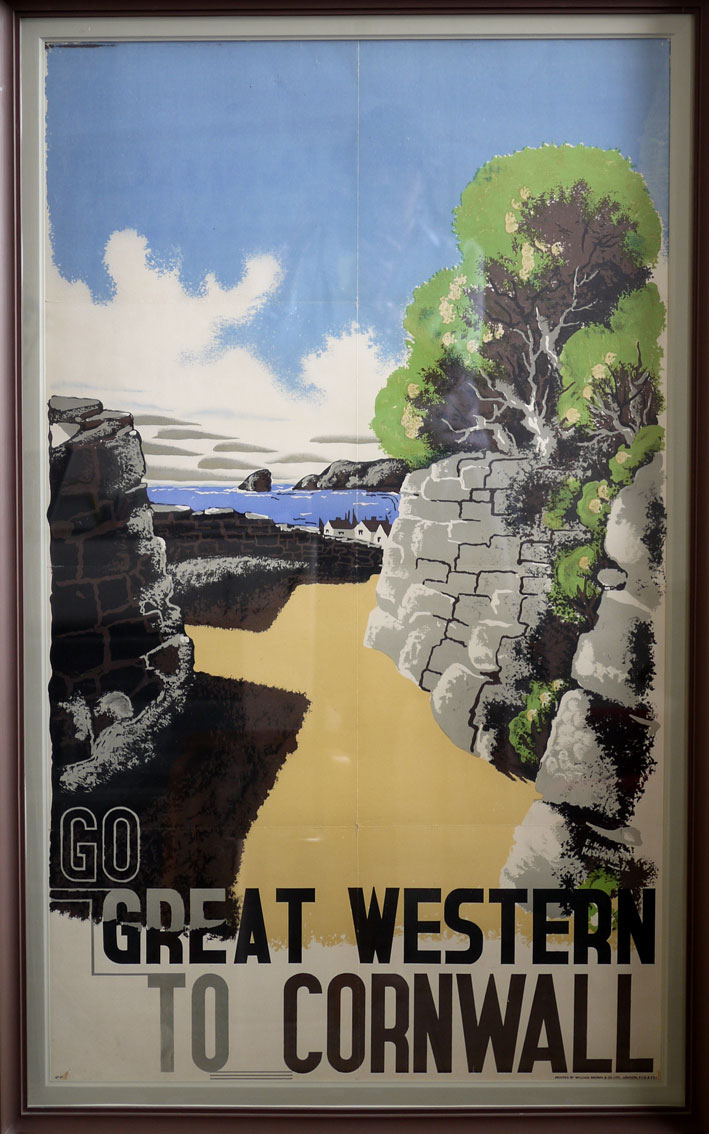 to return to the index page... 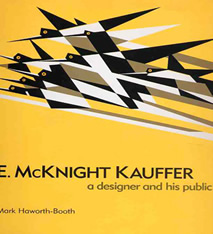 detailed monograph on this influential designer available from Rennies priced £24.99 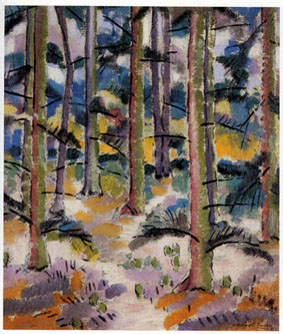 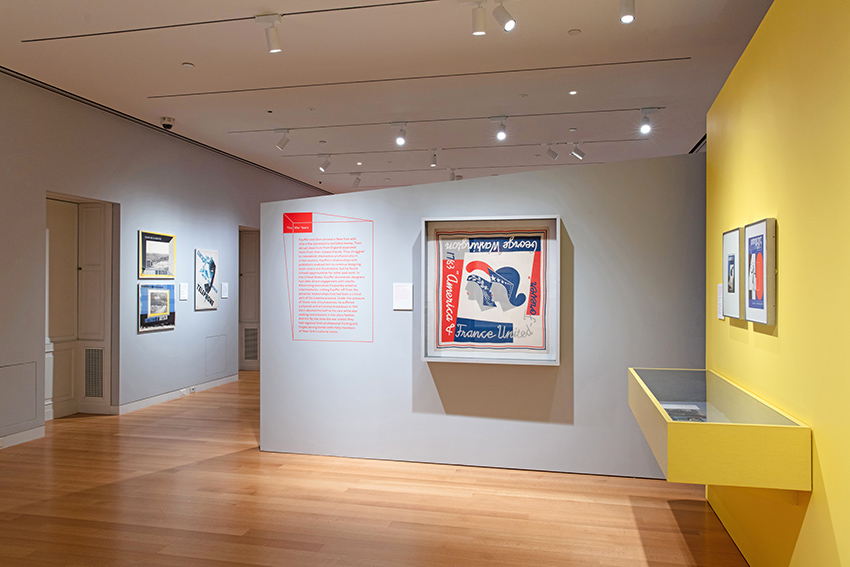